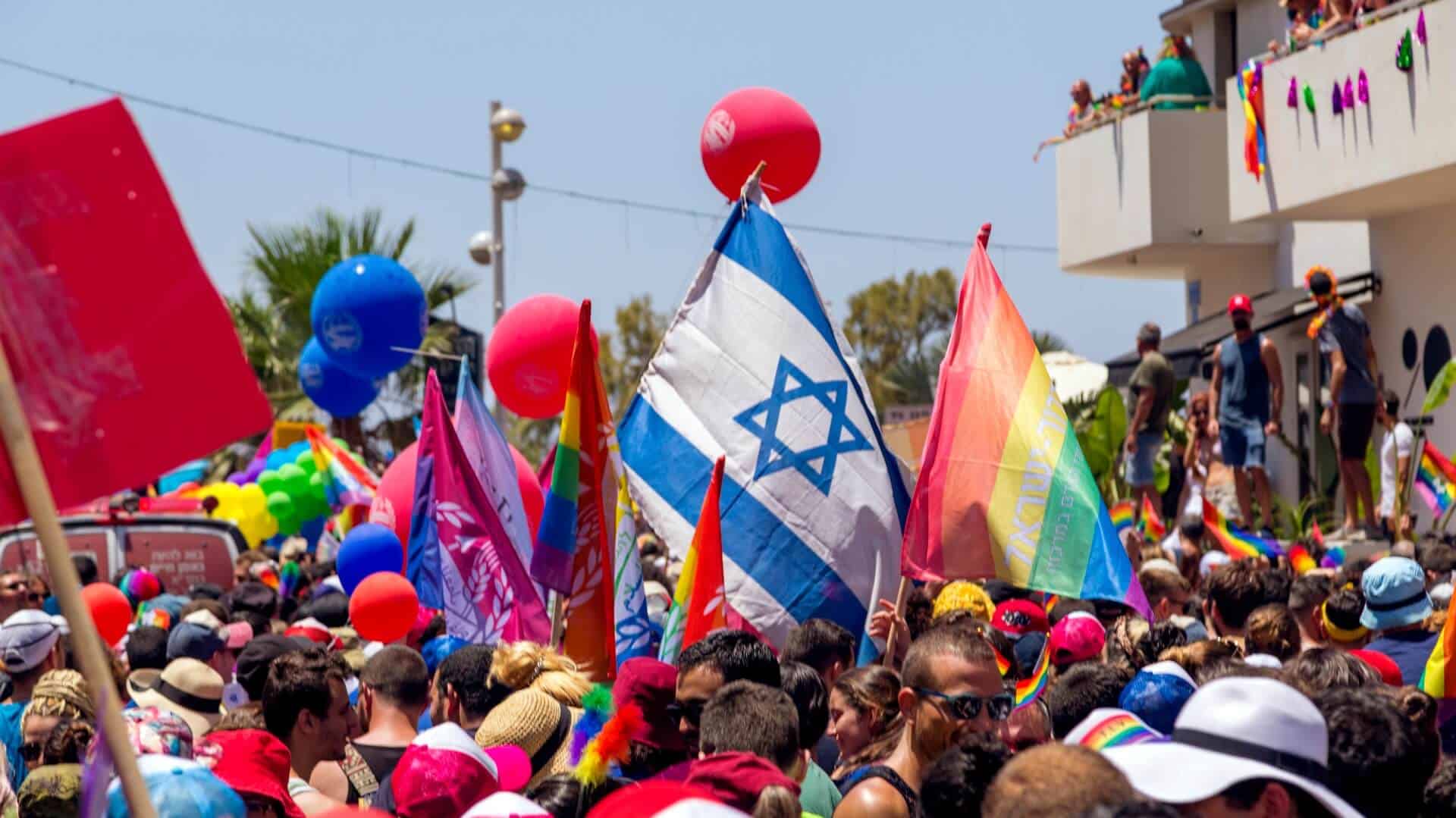 Where is the LGBTQ scene in Tel-Aviv? The must-go places

​Pink sandals in the sand

It's been 8 years since the city of Tel-Aviv claimed the prestigious award "the best gay city in the world 2011" by gaycities.com and the deep-rooted relationship between the city of Tel-Aviv and the LGBTQ community keeps on blossoming. Known around the world not just as a liberal oasis amongst less than friendly neighbors but also as a place where sunlight, great weather, tasty food, and award-winning nightlife combines with a liberal, all accepting atmosphere, and countless LGBTQ Hubs. Combining this with the beaches surrounding Tel-Aviv from north to south, the city is no less than a gay paradise, a lesbian eldorado, a queer promised land, etc.
For example – The Shpagat in Nahalat Binyamin 43 is a gay owned and operated pub mixing nightly atmosphere with Mediterranean vibes​

Kuli Alma In Mikveh Israel 10 combines art, music, hospitality, and fun and is another community hotspot
In the culinary scene, a big percent of businesses are operated by and for the LGBTQ community, mixing the knowledge gained around the world with influences of the surrounding kitchens
Joz veloz in Gevulot 5 is an established restaurant with a rich and colorful menu and LGBTQ influences in every stone and marble.
L26 in Lilinblum 26 is newer and more modern cuisine-oriented, with a farm to table approach and an appreciation for fresh produce and urban cooking with an everchanging menu. If you're vegan or vegetarian, Tel-Aviv is also one of the world's friendliest cities in this department, with fantastic vegan restaurants like Meshek Barzilai (ehad ha'am 6), Anastasia (Frishman 54) and the amazing Bana (Nahmani 36).

During June all of these components join forces in creating a month of pride – month-long celebrations and events encircling all things LGBTQ, the crown jewel is, of course, the rainbow-colored pride parade, taking place this year at June 14, with live music, food, and great vibes. Clubs around the city will open their gates in parties varying in colors, music, preferences, etc. (the Drek line, the Arisa line, the Beefcake line)
If you prefer the comfort of the movie screen, with air conditioning and artful materials, Tel-Aviv will also host the 14th installment of the international LGBT Movie Festival, with local and foreign movies and special guests, and that's just the tip of the iceberg.​

21 years after Dana International made history and won the 1998 Eurovision song contest with a message of hope and equality, Tel-Aviv can pride themselves, in the year of hosting the competition after another Israeli Diva won it, to be genuinely proud and international.